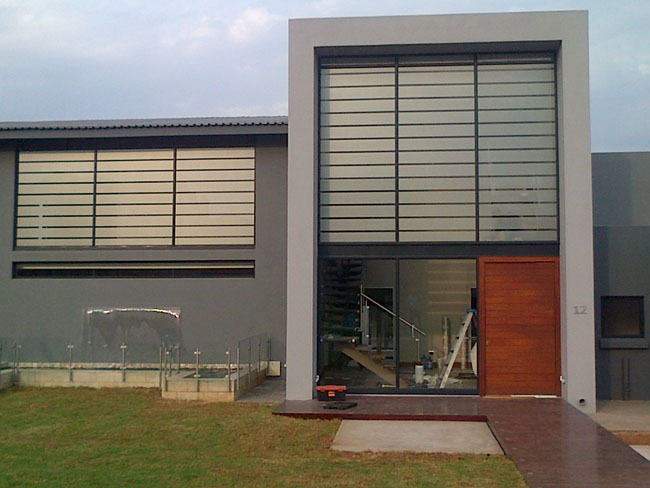 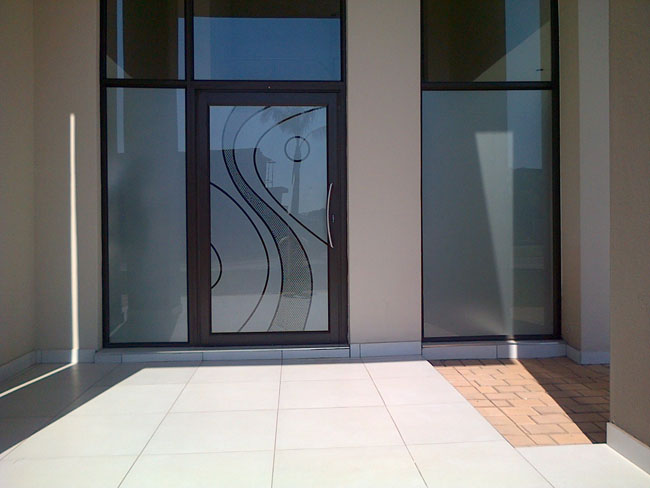 Frosted Film West Rand Window Frosting West Rand – We design supply and install to your exact requirements. Give your home or office a new authentic look while creating privacy at the same time. Our pricing is very competitive. Call us today for an estimate. 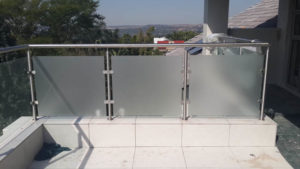 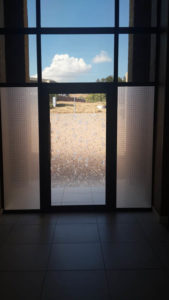 Using frosted windows West Rand or window tinting West Rand you can slightly alter the appearance of your window and prevent it from being quite so transparent. Window tinting means giving the window a slightly darker appearance and a slightly altered color. This can be a darkish blue commonly, or just a black or gray. This will then change the color of the light as it comes in and out of the windows and will make your window more reflective rather than transparent.

Window frosting West Rand meanwhile makes the glass less transparent and more translucent and works both ways. This makes the figures outside look slightly distorted and prevents you from being able to make out fine details when looking either way through the window. At the same time it also means that your windows will let in a good amount of light still and this will keep the appearance of your rooms bright and spacious while still giving you many benefits.

Either window tinting or frosted windows will make your property in West Rand more private and secure. Because people won't be able to see the details through the glass as easily this will mean that they can't see what's going on inside. For a residential property this can give you peace of mind – allowing you to get changed etc without worrying about being seen. Meanwhile for businesses it can help for keeping your company secrets safe. Of course most important it will prevent passers by from noticing your computer equipment/widescreen TV etc and then trying to break in to steel it. Most crimes are crimes of opportunity, and if you take away the temptation then this opportunity won't seem to present itself. 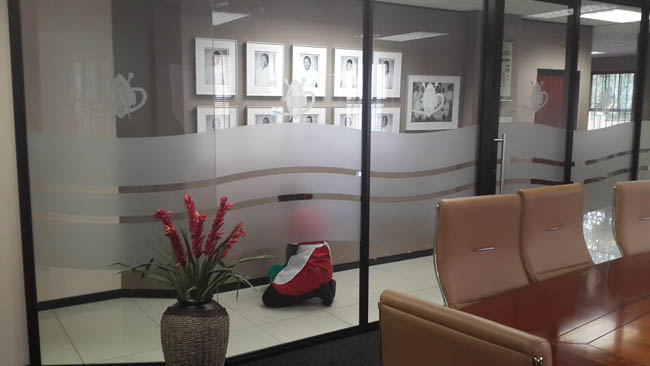 Although privacy film blocks visibility, it still lets some sunlight to pass through. The tint can be mirrored towards the outside so bystanders do not see what goes on inside your home. There are also options that allow you to completely block visibility in West Rand. This type of frosted film is ideal for those who want to keep spying eyes out but the sunlight in. This is also ideal for areas that experience frequent violent weather. It prevents it from breaking during stormy weather because the glass is covered with a plastic film. It will not break into tiny shards that fly around causing injury and damage to property if it does break. The plastic film also protects the glass from scratching.

A privacy film may be used in your home, particularly in the bathroom. It can be used on the windows or the shower door. Use it in your office in West Rand, in the meeting room for instance. You can even use it for your car. For all your safety and security needs, a privacy window film is the perfect solution.

It can outline the edge of a window or mirror, or you can even cut out designs and place them on your glass doors, windows and mirrors. There really is a lot of use for frosted film, besides it being used only as privacy window film.

Create Any Shapes With Frosted Film in West Rand

In addition of that, you may create the most beautiful “vitrals” with geometric and colorful designs and patterns: From flowered and nature themes, to religious and inspired. Achieve effects to relax or energize. The light coming through your privacy window film from the sun on these colorful ones, will add a hint of the dominating color on it. They will not turn your home red or green, but this light will accentuate the reds or greens. Play and use your imagination and create the perfect atmosphere in your shower, office or home or favorite room in West Rand. Love it!

There are more reasons to get a Privacy window film. New technology allows the production of almost invisible films. Films that work as the best filters keeping up to 90% of the UV Rays from passing throughout your windows.